People use copy and paste thousands of times a week. The regular clipboard is hugely important but just a single clipboard that disappears with each copy is no longer good enough. CopyPaste was the first and most popular multiple clipboard utility to retain multiple clipboards that can be displayed, archived and edited. With CopyPaste each copy is remembered in a clip history. It’s like a time machine for the clipboard. See and edit any clip. Save multiple clips through restarts. OCR text to the clipboard. Actions to act on clips. Clip sets for boilerplate text & images you use often. Enhances productivity. Incredibly useful. Never lose a clipboard again. A time saver & life saver for all Mac users since the last century (1996).

Most parts of the Mac OS have changed dramatically over decades but one important part, has remained mostly unchanged since the beginning. That is the clipboard.
The clipboard has tremendous unused potential. Most people copy to the clipboard & paste from the clipboard hundreds of times a week. We all love this ability and yet we feel the limitations. What if we told you the clipboard can be unleashed and it’s potential revealed?
The Mac comes with the ability to copy one selected item to the clipboard and paste it in a different location. The regular mac clipboard is useful but unfortunately limited to only one clipboard. When you make a new copy it forgets the previous copy. The clipboard is mysteriously hidden in the background. You can’t access previous copies. You can’t edit a copy. You can’t even see a copy. Yet, the ability to copy and paste is still one of most useful universal features on the Mac.
The regular built in Mac clipboard has 6 major limitations:
1. Holds only one clip at a time.
2. It’s invisible
3. It does not save previous copies which are gone forever
4. When you restart your Mac the clipboard is empty
5. You can’t edit the clipboard
6. There are no tools to act directly on clips.
CopyPaste supplies all those missing features and many more.

Once you launch CopyPaste, each copy is remembered in a Clip History. CopyPaste is like a time machine for the clipboard. See and edit any copied clip from today, yesterday or last month. Save all copied clips through restarts. OCR text direct to the clipboard. CopyPaste has ‘Actions’ that can transform the data in clips in thousands of ways. Clip Sets allow organizing useful clips into sets to archive and maintain boilerplate text & images you often use.

Never lose a clipboard again. Enhance productivity. Incredibly useful. A time saver & life saver for all Mac users since the last century (1996) and updated with the latest Apple technologies and rewritten in Swift for 2022.

CopyPaste augments the ordinary copy & paste to increase your productivity by adding all these features:

Once upon a time apps were not multi-tasking. You would use one app at a time. Sharing in these ‘before times’ was difficult. To overcome this early limitation Mac OS was the first to use a system clipboard. The system clipboard allowed copying text or graphic into a ‘system clipboard’ in one app, quitting that app, launching another app and pasting from that same ‘system clipboard’. At that time it was a revolutionary invention and productivity enhancer.

About that time we came out with the original CopyPaste which allowed the Mac to use and remember multiple clipboards from within any app. It remembered 10 clips and was the first multi-clipboard utility for any computer. It became very popular. Overtime new features were added, additional clips, more features like actions on clips, additional clipsets were added to the clip history. Decades passed, now in 2021 another complete rewrite of CopyPaste has taken place. The ancient Mac OS clipboard is the same but anyone can upgrade it by adding CopyPaste.

History Of The Clipboard

From Wikipedia “Inspired by early line and character editors that broke a move or copy operation into two steps—between which the user could invoke a preparatory action such as navigation—Lawrence G. “Larry” Tesler proposed the names “cut” and “copy” for the first step and “paste” for the second step. Beginning in 1974, he and colleagues at Xerox Corporation Palo Alto Research Center (PARC) implemented several text editors that used cut/copy-and-paste commands to move/copy text.[4]”

On 24th January 1984, Apple introduced the Mac. One of the Mac’s unique abilities was the clipboard, which allowed you to copy info from one application and then paste that info into another application. Prior to the Mac and Lisa (another Apple computer model), operating systems had no inter-application communication. The clipboard was revolutionary in 1984. This was the first popularization of copy, cut & paste and the use of a a clipboard with not just text but many media types.

We asked Bruce Horn (creator of the Mac Finder; see below) for some points about the history of the clipboard in computer science.

“The idea of cut/paste existed in Smalltalk (as did all of the modeless editing concepts), but the visible clipboard was created by Apple. I don’t exactly know who thought of showing the contents of the last thing cut; that came out of the Lisa group, so maybe Larry Tesler would know. Tesler was also the originator of modeless text editing at PARC with his Gypsy editor, which then came to the Smalltalk system. The idea of multiple different but simultaneous types on the clipboard was my idea (e.g., text + pict, for example) and used the four-byte resource type, and was first done on the Mac. I think either Andy H. or Steve Capps actually wrote the code for the clipboard (i.e., the scrap manager) on the Mac”. ~ Bruce Horn 2001.

Bruce Horn is definitely one of the people to ask about the history of the clipboard because he was part of the original team that created the Macintosh. He was responsible for the design and implementation of the Finder, Resource Manager, Dialog Manager, the type/creator mechanism for files and applications, and the multi-type clipboard design, among other architectural innovations built into the Macintosh OS. He worked long hours on computers that had very small amounts of RAM memory to create many of the things that we now all take for granted.

Bruce was recruited at the age of 14 by Ted Kaehler to do some programming experiments in Smalltalk, at Alan Kay’s Learning Research Group in the mid-seventies at the Learning Research Group at the Xerox Palo Alto Research Center (PARC). By the time he joined the Mac team in late 1981, he was an expert in object-oriented programming and graphical user interfaces. Bruce went on to work at Eloquent, Inc.; was one of the first employees at Adobe Systems, Inc.; Maya Design Group; and still later the Institute for Industrial Research in Oslo, Norway.

We also asked Steve Capps (another of the original team that created the Mac), and this is what he had to say: “We all three, Bruce, Andy and Steve (Bruce Horn, Andy Hertzfeld and Steve Capps) probably dabbled here and there, but Andy wrote the majority of the code in the initial release (all few hundred bytes of it). He also wrote the scrapbook desk accessory which let you simulate an n-deep clipboard. Bruce should indeed get the credit for the multiple representations of the same data idea — that wasn’t in Lisa as far as I know”. ~ Steve Capps 2006.

If anyone has any additional points or clarifications about the history of the clipboard, please write and tell us. We are always interested.

CopyPaste, the first multiple clipboard utility, was created by Peter Hoerster in 1993. CopyPaste for Mac was the first version. The reason he embarked on the programming was simply to generate the current Bahá’í date on his computer (Peter is a Bahá’í). Having enjoyed learning to do this, he continued programming, and the result was the incredibly popular CopyPaste for Mac OS 7, 8, 9, 10 and 11.

Macs come with only 1 clipboard and every time you make a copy all previous clip info are lost forever. CopyPaste changes that because it works in the background and remembers all copies and cuts creating a ‘Clip History’. That is the basic info but there is much more…

Absolutely essential. I can’t count the number of times a day I use Copypaste. – James Fitz, Longtime CopyPaste User

CopyPaste is the latest incarnation of the one and only, award winning, easy to use, multiple clipboard editing, display and archive utility. Use the new Clip Browser (horizontal browser) or Clip Palette (vertical browser) to see clips from different points of view. Use the ‘CopyPaste Tools’ to act on clipboard data in an instant. Save all clipboards through restarts. Don’t be limited to one clipboard and never lose a clip again. CopyPaste is a time saver/life saver for all Mac users from beginner thru advanced. Try CopyPaste to expand the potential of your Mac, start doing less and accomplishing more.

CopyPaste is the original multiple clip utility for the Mac. CopyPaste has been massively popular since its first release. What has made it so widely appreciated? Usefulness. CopyPaste magnifies and multiplies the usefulness of the humble clipboard and it does it invisibly in the background.

One of the revolutionary features that came with the Mac in 1984 was the unique ability to select text or pictures, etc, then copy that data into a clipboard, to hold that content temporarily and then paste it in the same application or a different one. The clipboard was used to transfer all kinds of info between programs on the Mac, and later this feature was imitated in many other operating systems.

Ain’t a Mac without it! – Michael Jay Warren

Absolutely essential. I can’t count the number of times a day I use CopyPaste. – James Fitz

Thanks again for a great and indispensable piece of software! I think it is FANTASTIC! – Dan Sanfilippo

Can’t live without it!!! Great product! It’s indispensable and thank you for developing it! – Roger Euchler

“I use CopyPaste all the time! It’s the single most-important add-on software on my Mac! – Alán Apurim

CopyPaste: once you try it, you wonder how could you live without it! – Prof. Dr. Gabriel Dorado, Molecular Biology & Bioinformatics 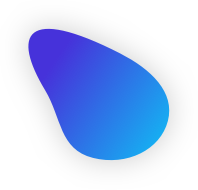 Manuals can also be found in the Help menu or ? icons within every app.

I am just writing to say how pleased I am with CopyPaste 2022! I have used CopyPaste for a lot of years, and while it has always been handy, this new version substantially upped the game! My new fave is the copy to OCR - it has saved me hours with out resorting to endless work-arounds. iCloud Storage and expanded clip sets have sealed the deal. CopyPaste was always worth the money. Now it is an absolute bargain!!
Dr. Robert A. Johnson Jr.
Copypaste is a fantastic program and I use it everyday a lot…really handy tool, and I congratulate you for it!✌️ Best to you and the team. Many many thanks!!
Filly_M