The video above is the story of Noam Galai who had his photo stolen. He describes how his photo went viral.

“About two years after publishing photos of myself screaming on Flickr, I discovered that my face was ‘for sale’ in several stores around the world, as well as on the Web and spotted it in places like Spain, Iran, Mexico, England and many other places. When I realized that its not a one-time-thing and my face is being used in so many places i decided to start collecting images/videos of all my ‘appearances’. Check out my Scream Blog where i post all the different photos i find with my face .”

Use My Photo? Not Without Permission

More examples in the NYT’s article by Noam Cohen,
‘Use My Photo? Not Without Permission’

5 Examples of Image Copyright Battels Between Creators and Brands.

The 10 Most Famous Copyright Cases In Photography

Famous Cases of Stolen Photos You Have Never Heard About Before

Mark Joseph Solis, a graduate student at the University of the Philippines, found the photo to the left online and entered it into a contest. 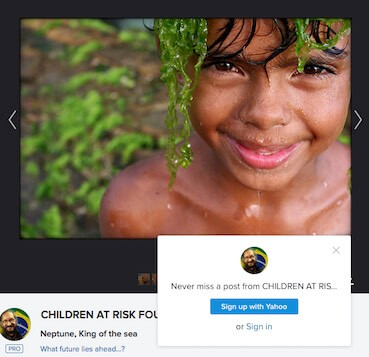 Mr. Solis was declared the winner of the Smiles of the World photo contest sponsored by the Chilean Embassy. He won $1,000 and roundtrip tickets from the Philippines to Chile and Brazil.

Until Gregory J. Smith, founder of the Children at Risk Foundation, recognized the image as one he captured in 2006 and shared — all rights reserved — on Flickr.

The Chilean Embassy revoked the prize from Solis, threatened to sue him and says it is re-evaluating submissions to re-award the prize.

“The guy obviously has an insatiable appetite for infringing copyrighted material without any scruples,” Smith told GMA News. “I have taken note of his apologies and remorse, but I myself am a man of action, so I would like to see Solis translate his words into some solid action to benefit the children he has so irresponsibly abused.”

Solis’ majored in, wait for it…political science.
– Story thanks to PetaPixel 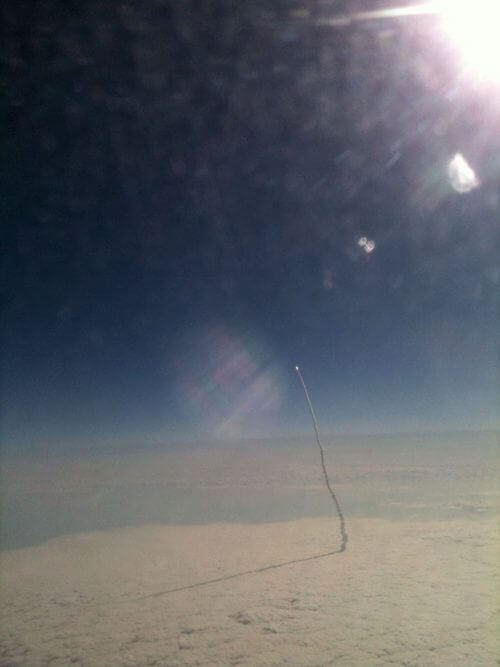 Cape Canaveral, Monday May 16, spectators and professional photographers on the ground got a brief view of the space shuttle before Endeavour vanished into a ceiling of clouds shortly after liftoff. However, at that moment, the pilot of an airliner, that just happened to be passing by, alerted his passengers to the sight of the shuttle streaking its way into orbit.

One of them, airline passenger Stefanie Gordon pulled out an iPhone 3GS to snap 3 photos and a 12-second video of the space shuttle Endeavour streaking toward space. “I was asleep and happened to wake up,” she said. “The pilot said, ‘If you all look out to the east you can see the space shuttle.’” Her first thought: “Great – the one time I don’t have my camera with me.”

Hundreds of photo pros shot thousands of photos of the 2nd to last shuttle launch but it was a low res image taken on an iPhone by an unemployed event planner from Hoboken that became the most viewed, historic and viral.

Others also took photos of the launch but she was the only one that posted to twitter and that caused a media firestorm.  Stephanie, using her Twitter account @Stefmara, tweeted, “My plane flew right past the shuttle!”.

She also didn’t anticipate the response she got. “I’ve been retweeted by NASA, The Weather Channel.” Many sites used the photo without giving her credit.

Anne Farrar, a photo editor at The Washington Post, who saw the images after they were posted by a friend on Facebook said she’d never seen anything quite like this view of a shuttle launch before.

The Associated Press contacted Gordon through Facebook and purchased the images.

Protect Your Photos With iWatermark